Floating as a treatment for anxiety: cutting edge neuroscience at LIBR 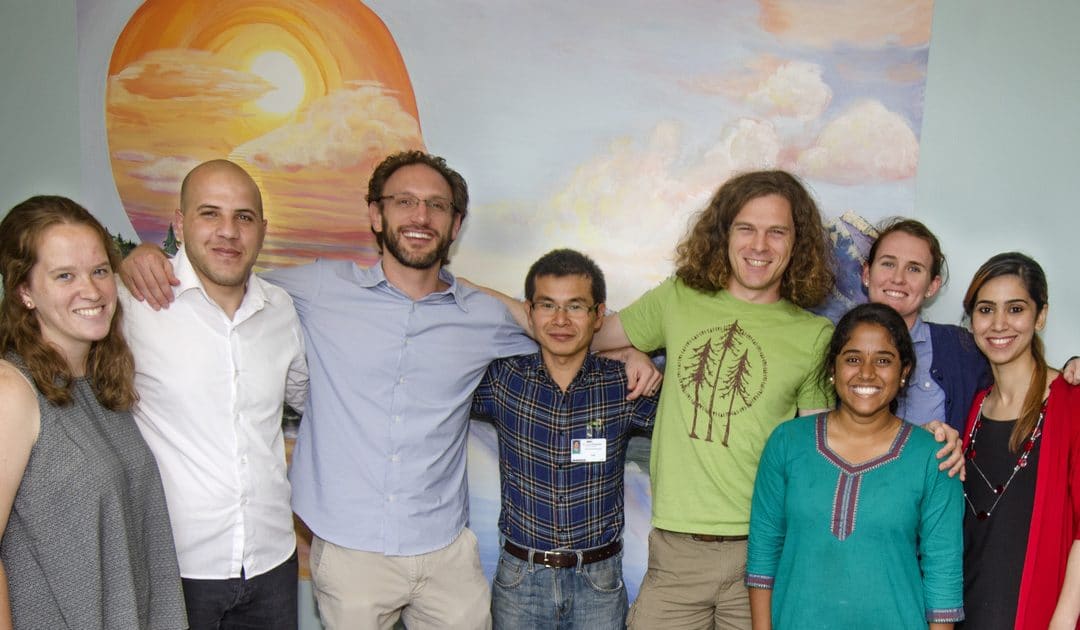 Note – this blog has been updated

*** Update – the research described below has now been completed and published.  Read the published LIBR research here. ***

Anxiety is an integral part of human existence, and it can be useful in motivating us to engage in beneficial behaviours.  But there seems to a an epidemic of anxiety in our society.  This is perhaps tied in with the cultural transformation being brought about by technology such as social media and smart-phones.  Anxiety research is starting to understand what is really going on and how it can be helped.

A recent set of studies by Anxiety UK examined the relationship between anxiety and technology.  Nicky Lidbetter (CEO of Anxiety UK) said: “If you are predisposed to anxiety it seems that the pressures from technology act as a tipping point, making people feel more insecure and more overwhelmed.”

Anxiety is the most commonly experienced mental health condition.  It can have a significant negative impact upon our quality of life.  Anxiety limits freedom, because when you are anxious you cannot see the wealth of opportunities life presents you with every day.

LIBR’s mission is to reduce the suffering in those with mental illness by using leading talent and technology to discover novel therapies.  Right now they’ve got some very exciting research under way.  The LIBR Float Clinic and Research Centre team is led by neuroscientist Dr Justin Feinstein.

Justin Feinstein spoke eloquently and passionately at the 2016 Float Conference about the work he and his team are doing, and shared some of his preliminary findings.  You can watch him speak in the video below.

The team at LIBR wanted to demonstrate where floatation’s anxiety reduction effect is occurring within the brain.

A bit of background

To understand the significance of the LIBR findings, a bit of background will help.

In 2007 a study by Seeley et al identified what they called the ‘salience network’ of the brain.  This comprises two brain regions: the right anterior insula, and the dorsal anterior cingulate.  The study showed that the functional connectivity between these two regions correlated strongly with how anxious subjects were during the brain scan.  In other words, the more active these two areas were together, the more anxious people were.

Another anxiety research study was conducted also in 2007, by Wise et al.  This time they were investigating an anti-anxiety medication (benzodiazepine).  They found a significant dose-dependent reduction in connectivity between the same two regions of the brain.  So it looks like anti-anxiety medications like Vallium work by reducing the connectivity of these two areas.

A 2015 study by Goodkind et al performed a meta-analysis of 16,000 people with a mental-health diagnosis across 193 studies, using voxel-based morphometry.  They found that irrespective of diagnosis, those same two areas were the most heavily implicated brain regions across all mental illness, not just anxiety.

Dr. Feinstein’s team at LIBR found that after floating there was a huge drop in functional connectivity between the right anterior insula, and the dorsal anterior cingulate.

They also found that this correlated strongly with the drop in subjective feelings of anxiety.

Feinstein concluded that floating modulates functional connectivity within the salience network.  This is known to be critically involved in mental illness and the generation of anxiety, and is targeted by anti-anxiety medication.

He said “We have on our hands a physiological treatment that is reducing all of the anxious states within our body and within our mind”.

We would like to say a heartfelt thank you to the whole team at the LIBR Float Clinic and Research Centre for the awesome work they continue to do.  We’re looking forward to the results of their pioneering clinical floatation studies with patients with PTSD, Panic Disorder, and Anorexia Nervosa, as well as their exciting research into magnesium absorption during floating.

You can get a copy of their research paper here.

So what does this really mean?

This has potentially exciting implications for people who suffer from anxiety.  What it means is that we know that floating reduces anxiety, and now we also have an understanding of how.

“If you’ve had anxiety, you know what a downward spiral it is.  The battle of anxiety quickly turns into a battle with depression because you just can’t figure out how to be happy when you’re constantly afraid.  The depression keeps you from living your life to the fullest, meeting your obligations, having relationships.  Which all serves to create more anxiety and panic.”

That’s how Shane Stott describes his descent into anxiety.  Find out more about how he used floatation to help him overcome his anxiety in our review of his wonderful book The Float Tank Cure.

You will receive a email in the next few minutes with a link to click to confirm your subscription. If you don't see it soon, please check your junk / spam.

You will receive an email in the next few minutes with a link to click to confirm your subscription. If you don't see it soon, please check your junk / spam.